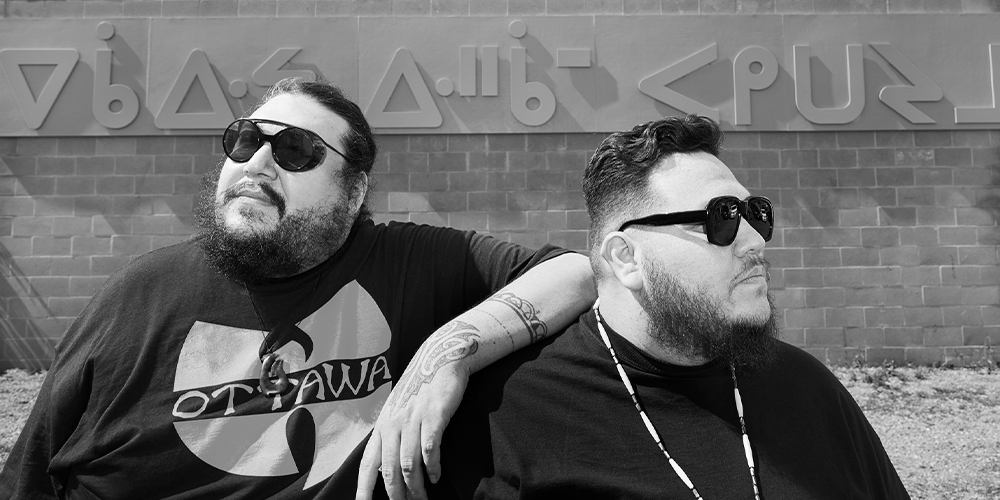 The new project of Bear Witness and Tim “2oolman” Hill of A Tribe Called Red are reintroducing themselves as The Halluci Nation, a name coming from a phrase coined by John Trudell, to describe the vast global community of people who remember at their core what it means to be human. As a visionary artist and activist, Trudell recognized the connection between his accomplishments and what ATCR did intuitively through music and art.

The Halluci Nation’s future revolves around collaboration. From hip-hop star, Yasiin Bey (AKA Mos Def), to the Indigenous Australian band, OKA, to the Wayuu-Colombian powerhouse, Lido Pimienta, the group has always sought out artists from around the world who would join the Halluci Nation family to form a like-minded community as well as an international indigenous alliance.  The upcoming record will be no exception – with features as inspired and unpredictable as the music from Texas “electro-cumbia” producer, El Dusty, Anishnaabeg drum group, Chippewa Travellers, Maori artist, Rob Ruha, Inuk singer, Tanya Tagaq, and round-dance/R&B singer Antoine, among many others. Through groundbreaking stage shows and ever-changing visuals, Bear Witness and 2oolman are working to create media that reflects today’s Indigenous identity.